In a post I wrote last year, I mentioned an "abandoned railway" in southwestern Poland that roughly follows route E67 from Kłodzko to Kudowa Zdrój.

This stretch of track is called line 309, and it turns out that it wasn't abandoned at all! The branch's track had to be rebuilt in certain areas which required the service be temporarily suspended. A joint venture between the EU and the Lower Silesian government funded the project.

PKP PLK finished line 309's modernisation at the end of 2013 and on a bitterly cold morning in early February 2014, I traveled from Kłodzko Miasto to Kudowa Zdrój and back.

Below are some pictures I snapped along the way and some of my thoughts about the line's current condition and potential. I took the photos with my mobile so the quality isn't great.

Kłodzko Miasto, as the name implies, is a bit closer to the town center than Kłodzko Główne ("miasto" means town). I walked to the station to catch the 7:41 train to Kudowa.

Twierdza Kłodzko (The Kłodzko Fortress) hovers over the town's skyline. 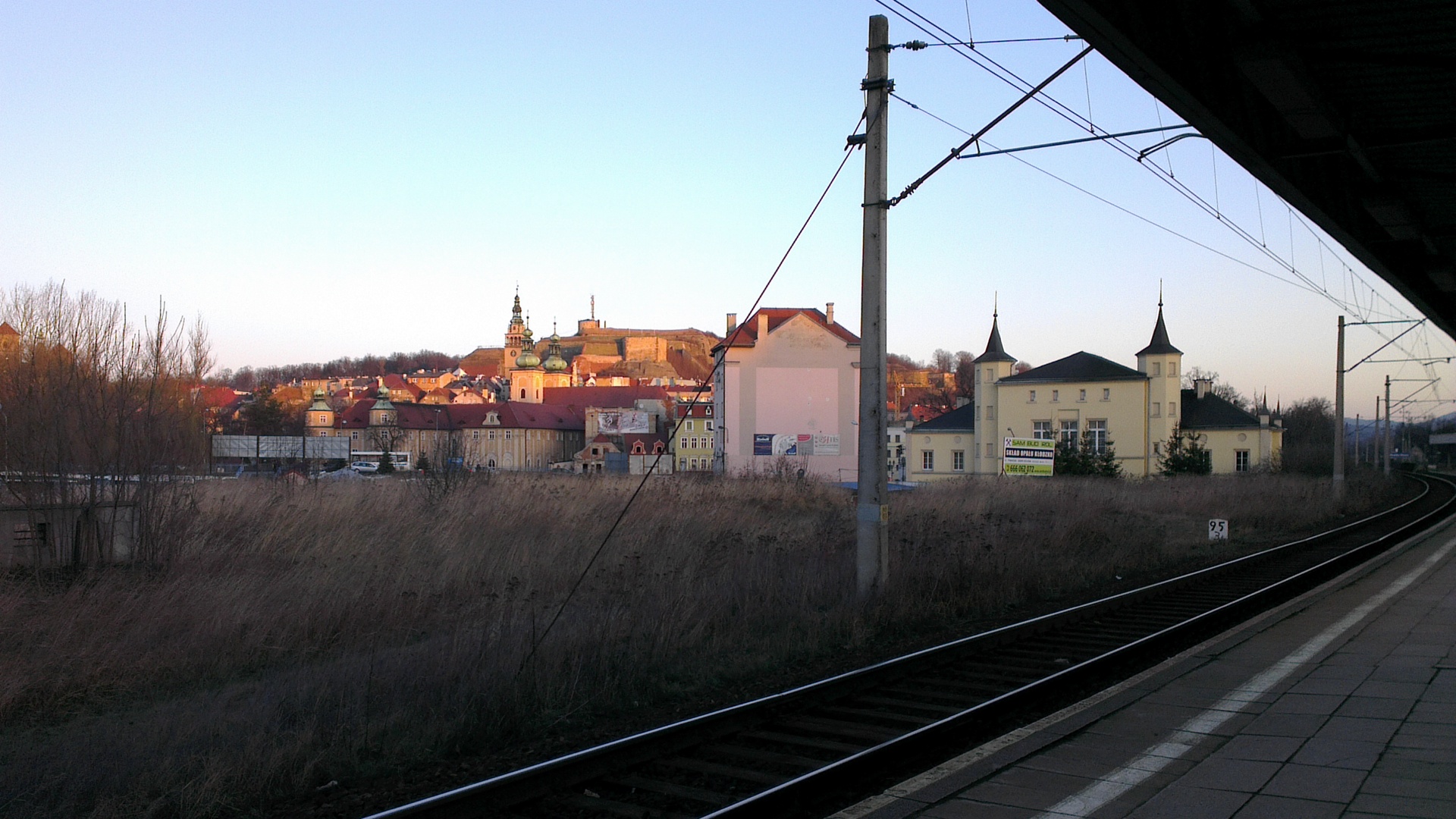 The line heads north through Kłodzko Główne and ultimately to Wrocław Główny and beyond. Trains can also take a branch line to Wałbrzych. 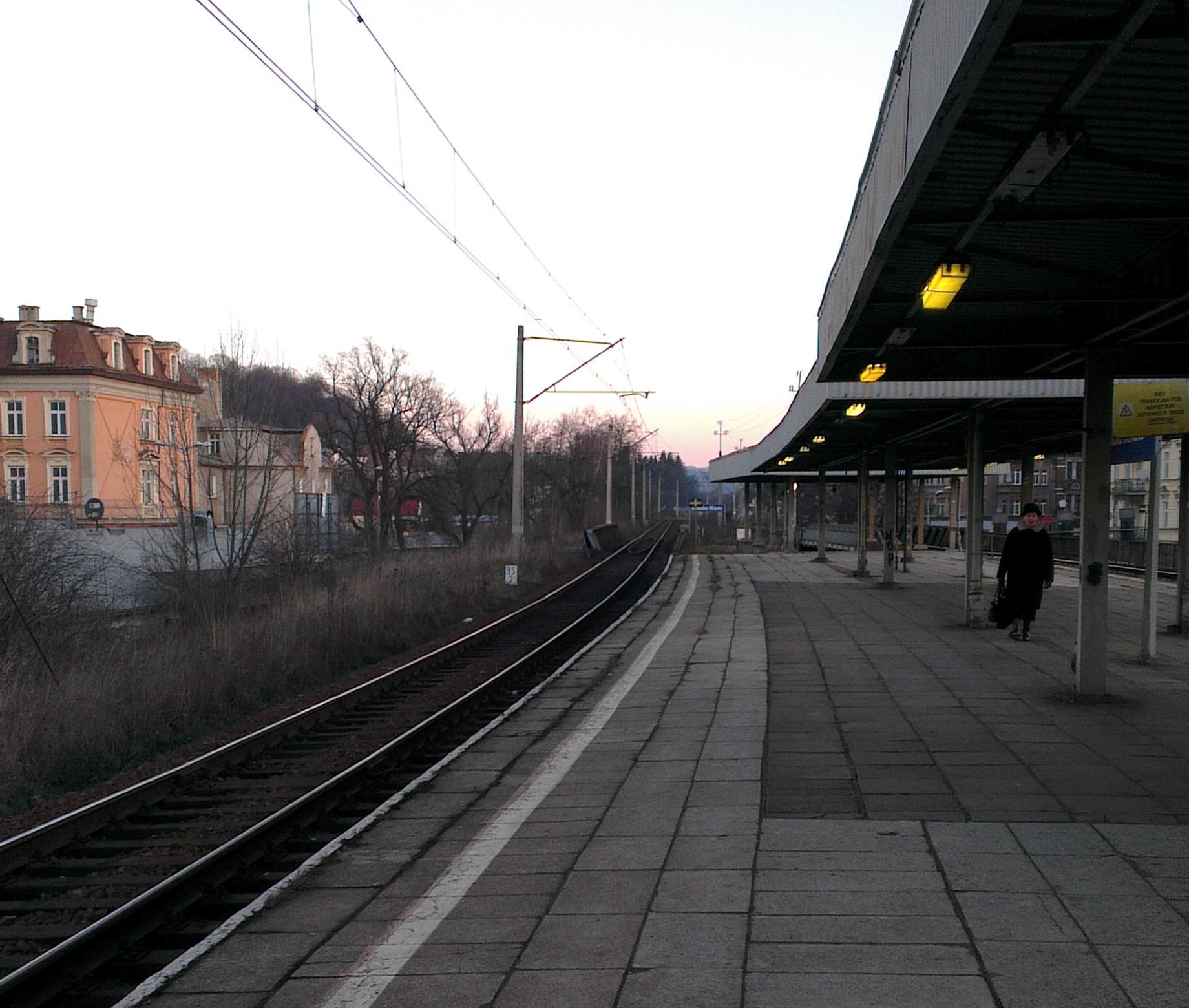 Kłodzko Miasto was quite busy during the morning peak. Below a train arrives from the south on its journey from Międzylesie, near the Czech border, to Wrocław Głowny. Scores of schoolchildren on their way to class alighted here. 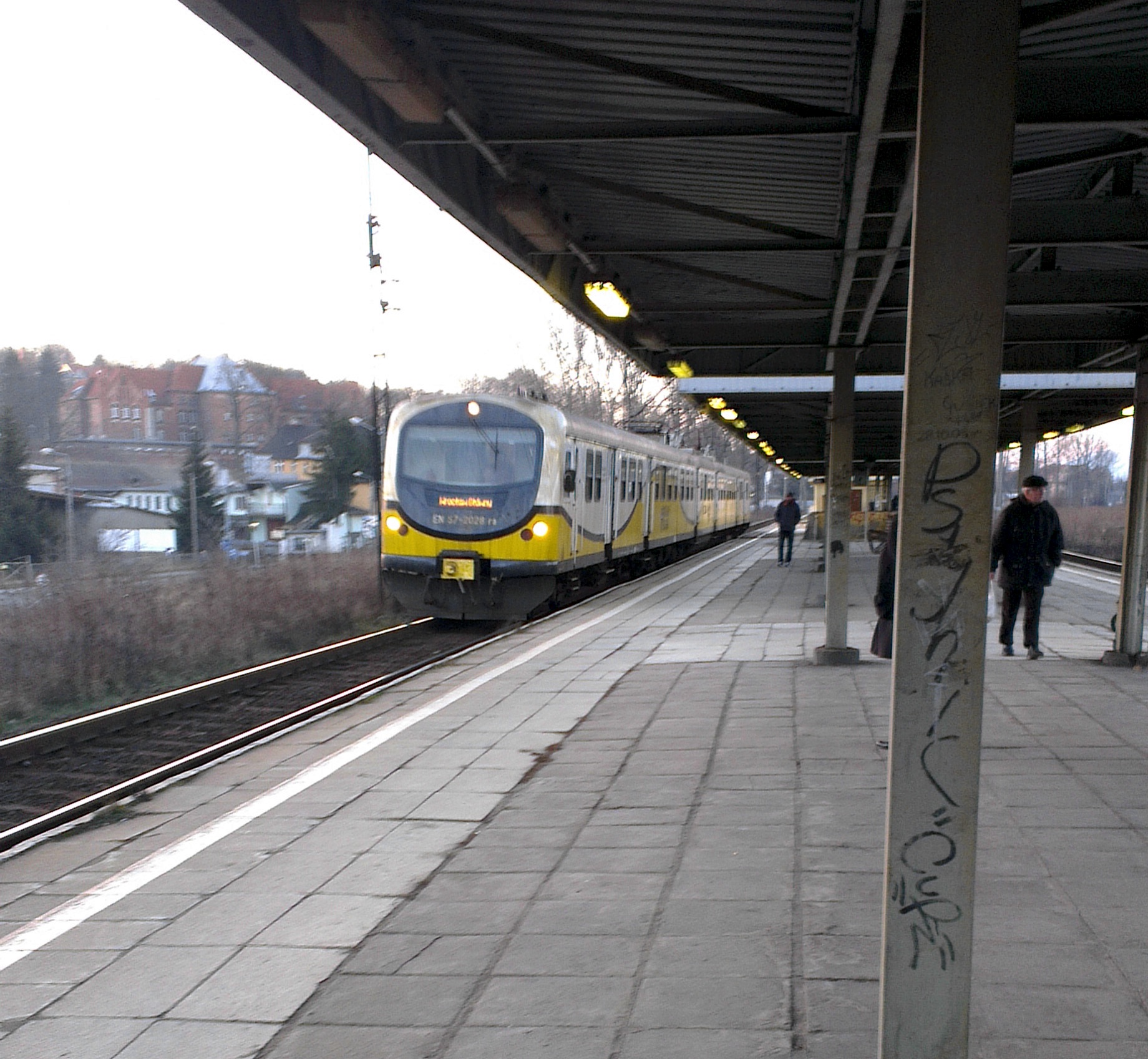 Koleje Dolnośląskie, which operates the service from Kłodzko Główne to Kudowa Zdrój, employs a Pesa 218Md "railbus" on the route. 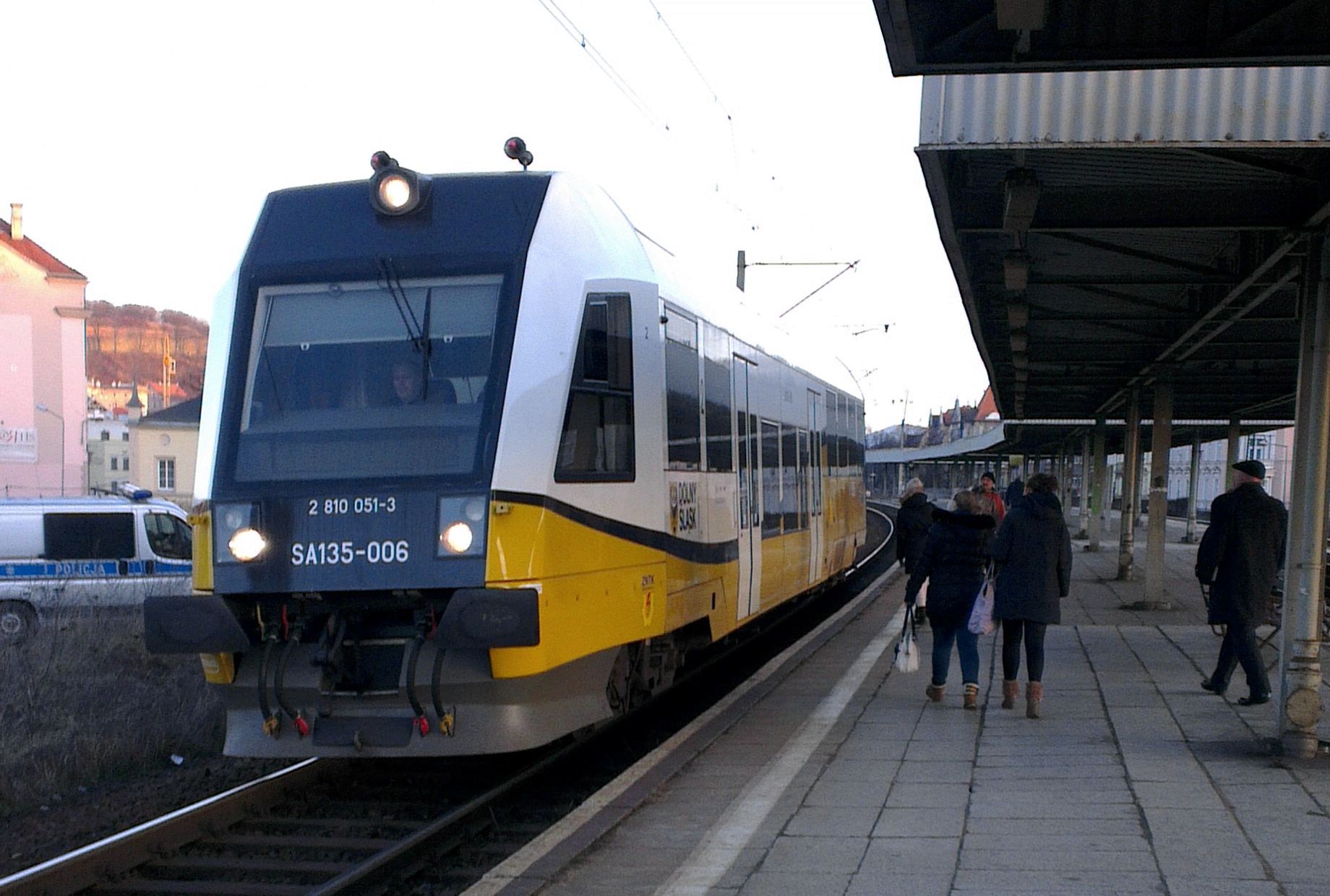 The newly renovated station at Polanica features two platforms. Trains heading in opposite directions pass each other here (and maybe Duszniki Zdrój as well) since most of the line is single track.

Before reaching the small spa town, the train called at several intermediate stations in and around Kłodzko. The stations were small and in mixed condition. One of these stations, Kłodzko Zagórze, appeared to be located in the middle of a field. This station, along with Kłodzko Książek, seemed to have limited utility as no one alighted or boarded and the station dwell time was about three seconds. 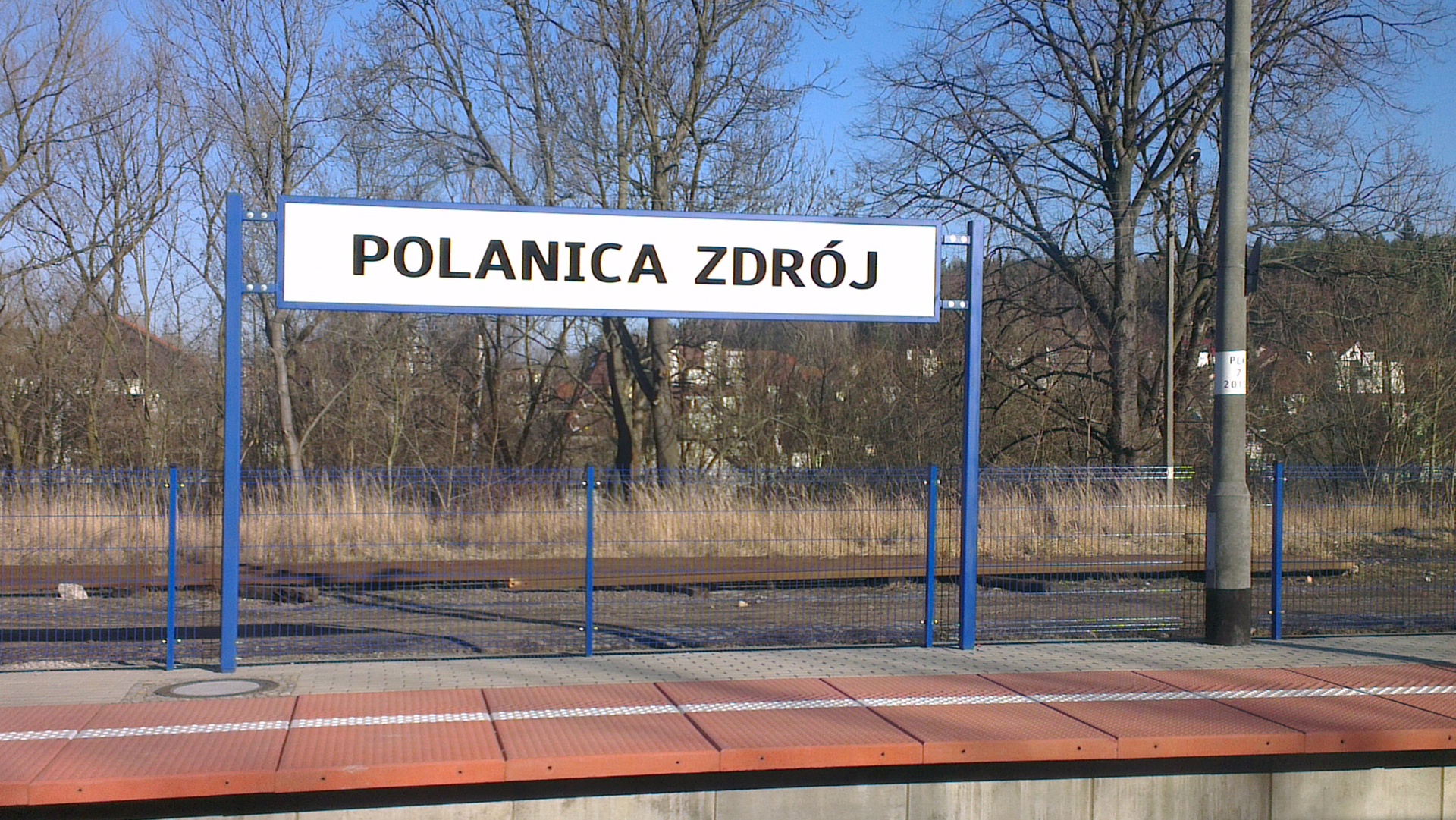 The views from the railway are stunning. Below is a view of Duszniki Zdrój from the line. The fact that such an overview is possible highlights one of its main issues: the stations tend to be on the outskirts of town. 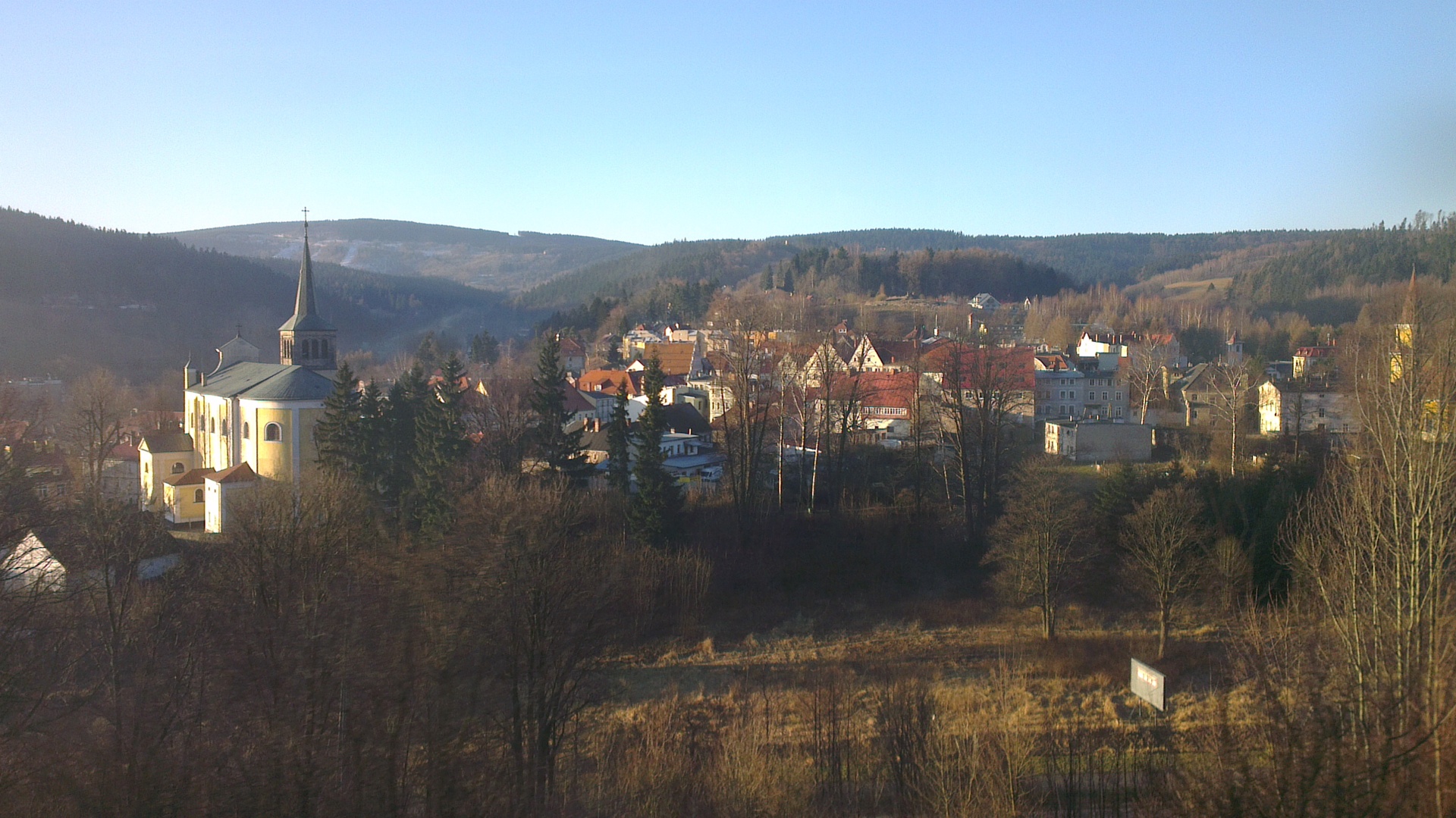 Work on a passing loop at Duszniki Zdrój's station appeared to be ongoing. 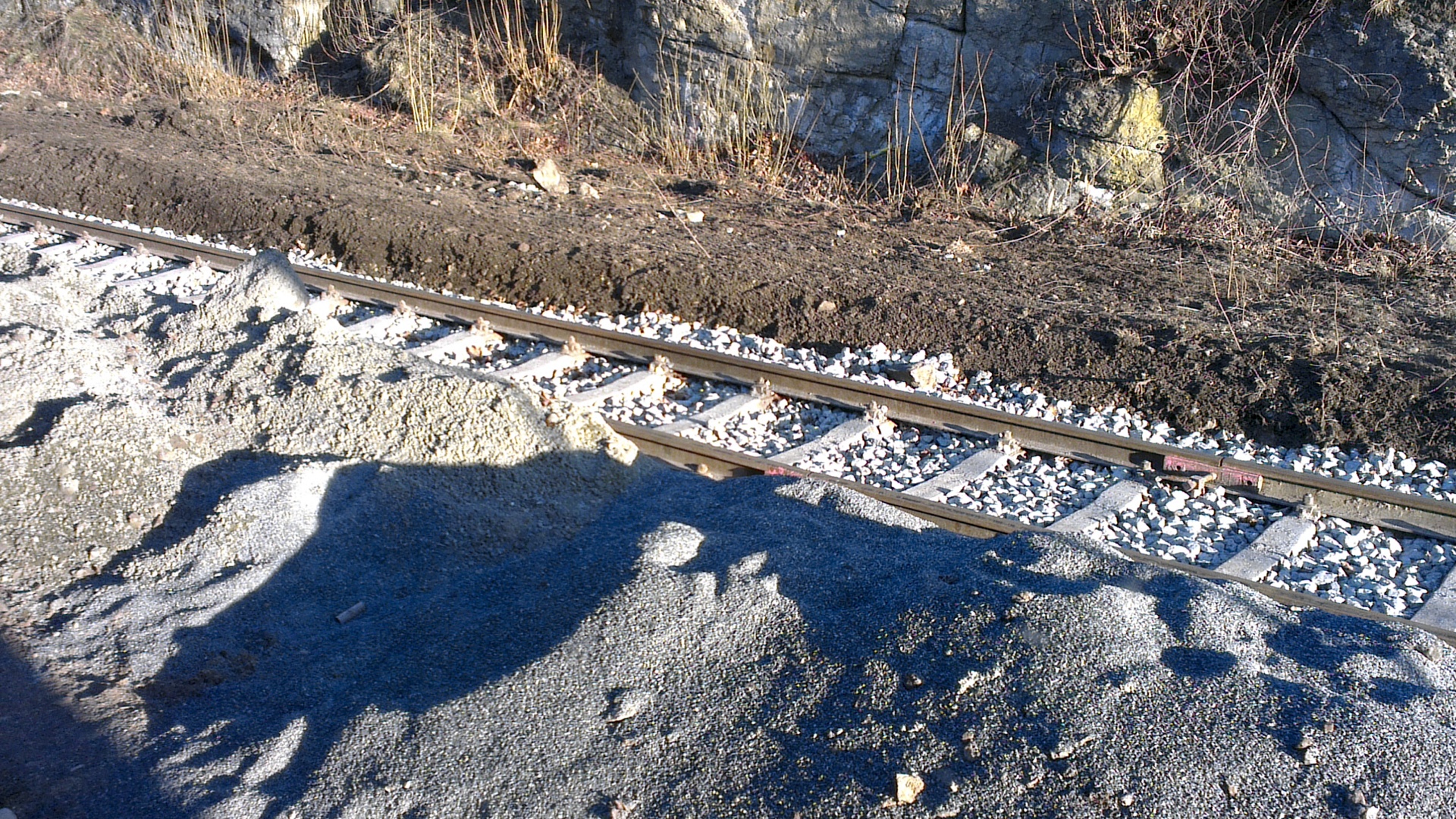 My favourite aspect of the route is the variety of scenery. In and around Polanica Zdrój, the line travels through a forest. In the below photo, the train emerges from the forest to cross an expansive field with hills in the background.

The beauty of the line also hints at another one of its problems: it's too slow. It took over an hour to complete the 40km route (this is a lot better, however, than the two and a half hours it used to take prior to the modernisation). Part of the reason for the sluggishness is that the track traverses through a forest and has many level crossings that lack barriers. The train has to creep through these crossings for safety reasons, even those in the middle of fields like these. 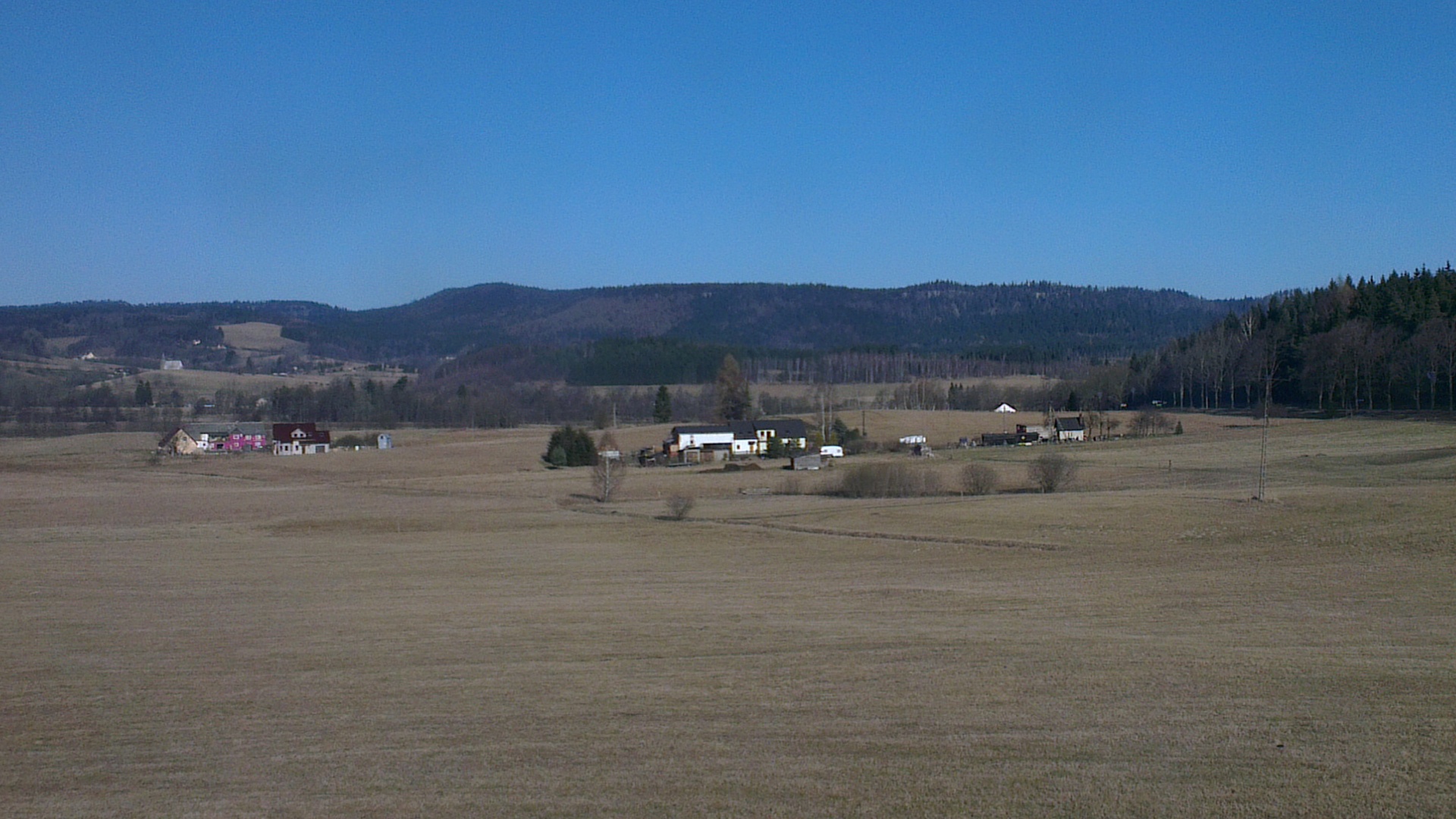 While taking the E67 highway to Kudowa is a lot faster, this sort of scenery isn't visible. Tourists, who might appreciate these views, will probably be the main users of the service. Hopefully it distracts them from how slow they are moving! 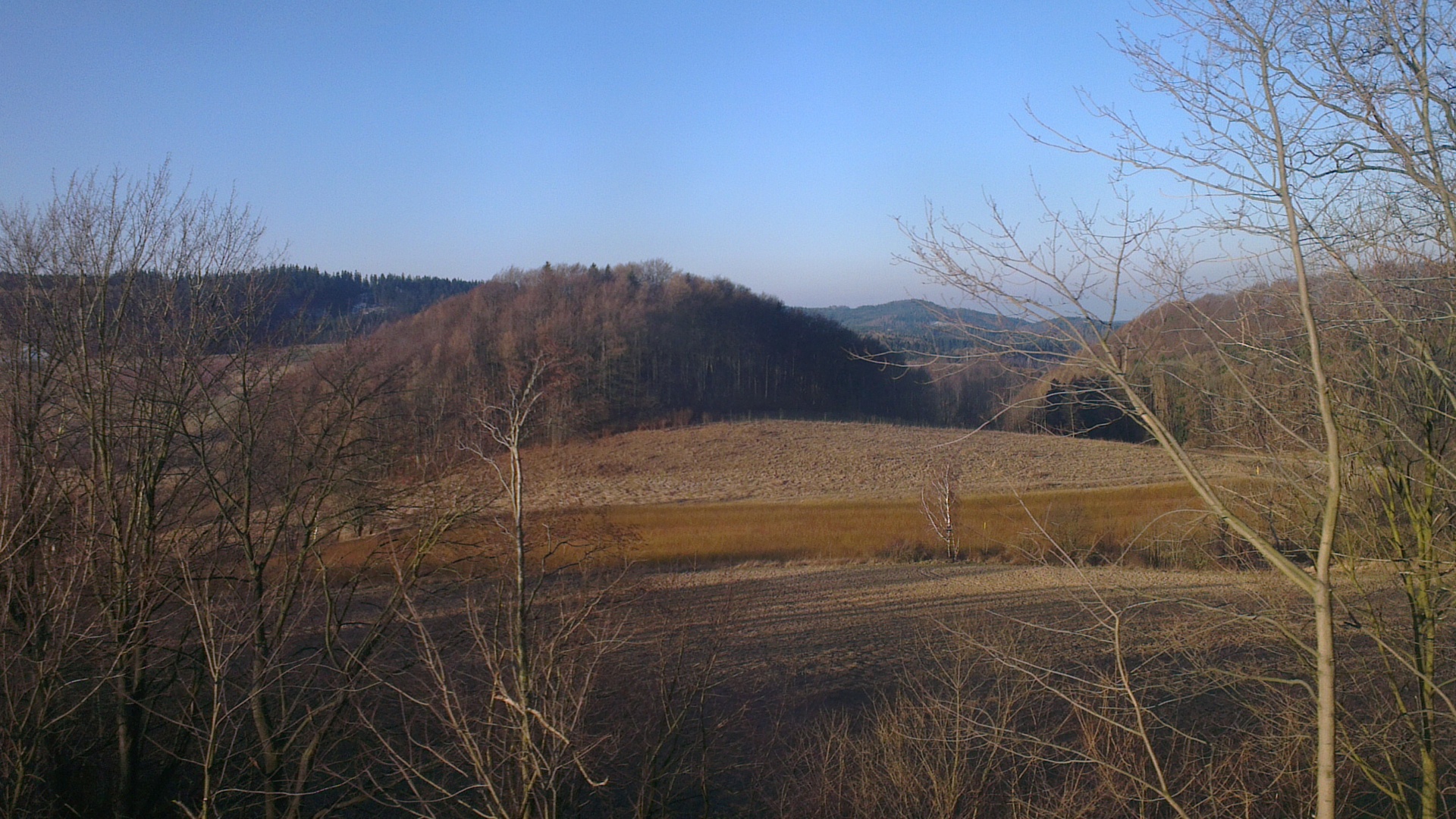 End of the line! Like Polanica's station, Kudowa's Zdrój's multiple platforms have been completely renovated. There is also a small yard that had its tracks replaced, although I'm not sure why since the station only sees a few trains a day.

The end-of-line buffers are visible in the distance. The track used to continue to the border of what is now the Czech Republic, but the station at Kudwoa Słone closed in 1947. 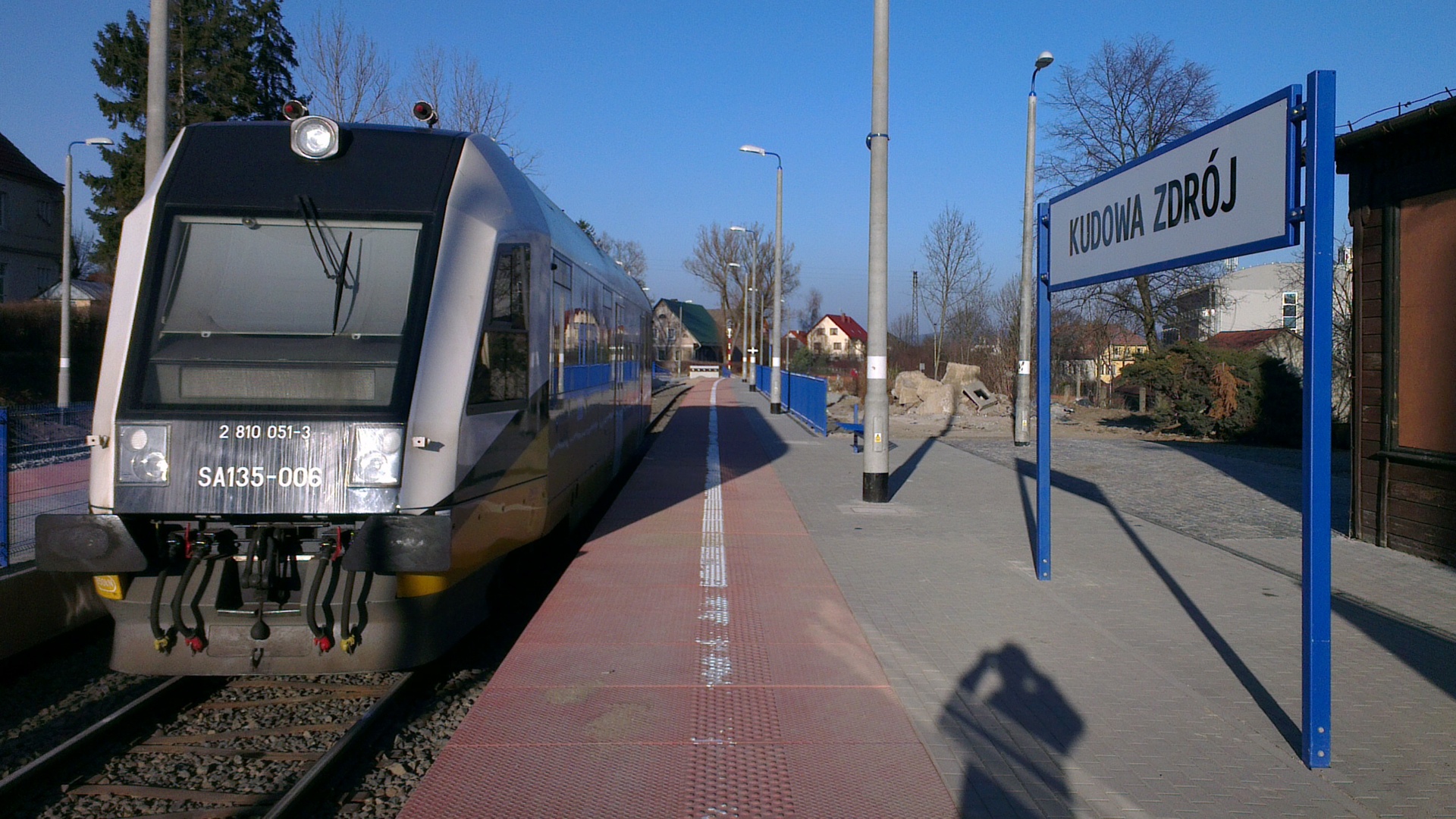 Outside the station at Kudowa Zdrój is some information about the financing of the project. The total cost of the renovation was about £13.5 million GBP ($22.8 million USD). The government of Lower Silesia contributed about 40% of the total funding. 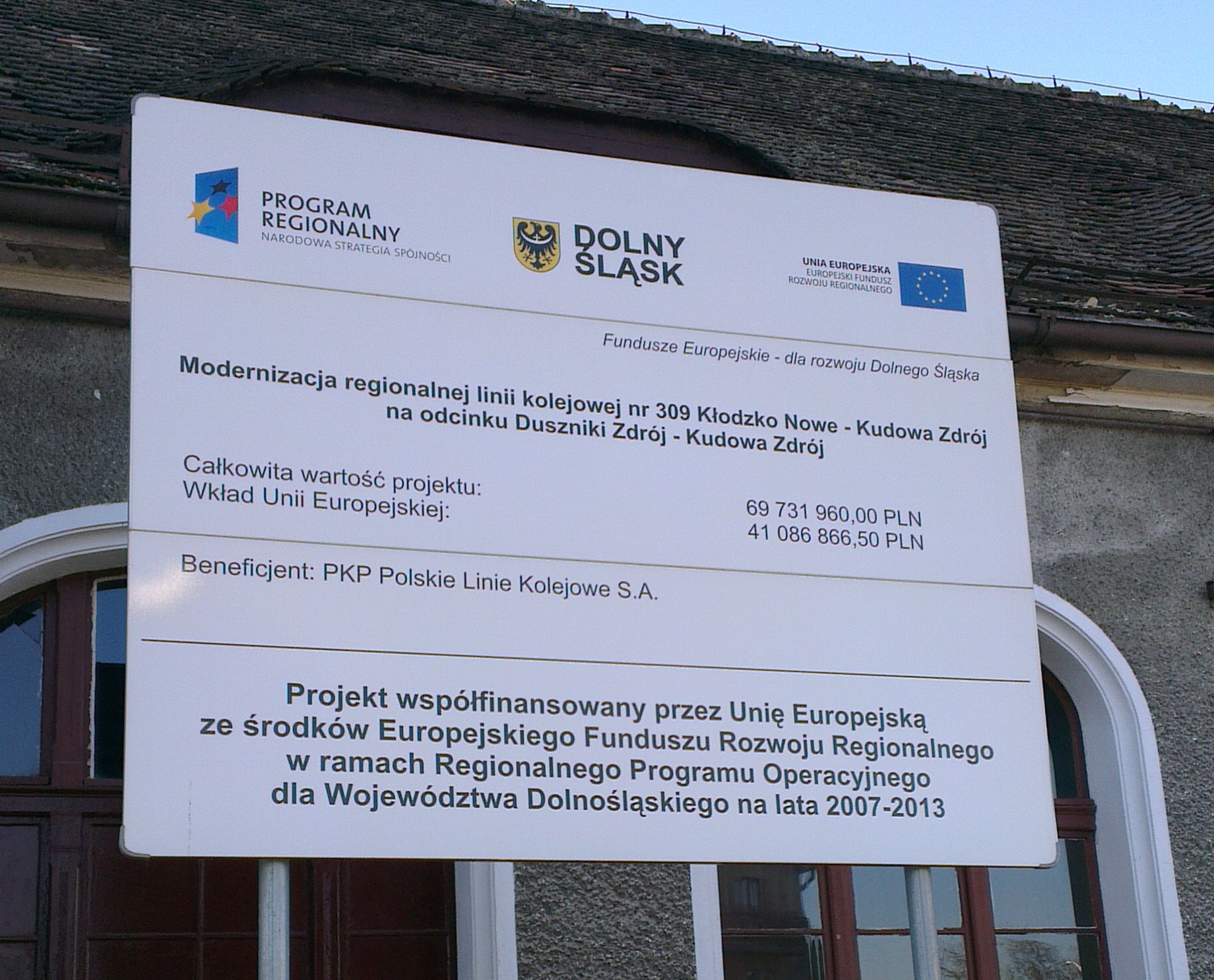 As a railway enthusiast, I thoroughly enjoyed the trip. Having read more accurate information about line 309 and its long history, I can appreciate that while today's journey time is slow, it used to be much worse. I hope that more improvements will be made over time so that the line speed can be increased, but I'm not holding my breath.

I doubt that very many locals use or will use the service. A bus is faster and is able to drop you off at a more convenient location in the center of town. Despite the faster alternatives, the line's importance arises from its presence in the larger network of railway lines that connect the region to Lower Silesia, Poland, and beyond. Passengers from across the country now have an integrated means to reaching some of the attractive spa towns that dot the Kłodzko Valley, and despite the slow journey times, that's a net positive.